Are we thinking diversely about diversity?

Diversity and Inclusion has increasingly become more of a hot button topic over the years.  But are we truly “doing” diversity the right way?

In a lot of circles, there are still people who see their role in cultivating diversity as checking the boxes to make sure that their organization is in “compliance”.  This way of thinking looks eerily similar to the affirmative action and quota initiatives of old when companies were forced to include “others” as a way of combating discrimination and racism.

But what if we’re not thinking diversely enough about diversity?

Diversity & Inclusion initiatives have been created and championed as a way of having more representation in spaces that have traditionally been homogeneous in race, gender, experiences, backgrounds and ways of thinking.  But with the new initiatives to be more inclusive and bring in people from diverse backgrounds, races and gender, I belive that we’ve overlooked some crucial ways of defining what makes a team and an organization truly diverse.

Diversity is more than just checking a box to insure that you have all of the “right” ingredients on your team; it’s about creating a rich environment that is best conducive to different ways of thinking, being and doing.

True Diversity and Inclusion is meant to expand an organization’s way of being and doing, not just define the optics of what the people on their teams look like. Different perspectives create a much richer platform from which to create and innovate–and after all, isn’t that the ultimate purpose of being in a team and operating within an organization?

When we think about what it means to champion diversity and inclusion, we have to consider our own subconscious biases surrounding what we believe the purpose of diversity really is and what it looks like.  After all, if your idea of diversity is checking the boxes to insure that you have the right “mix” or ratio of race and gender, then you’re falling far short of the potential that exists before you.

True diversity means that there are differing perspectives in a group or organization.  Typically this has been thought to be accomplished by simply including different types of people on a team/organization.  But that assumption speaks to our own subconscious biases that “all” people of a particular gender, race, culture, etc., think the same, have the same perspectives and the same backgrounds.  This type of thinking automatically downplays the individuality of the person and instead relegates them to just being a representative of a group.

So what if instead of solely checking the boxes that define what a person looks like on the outside when thinking about diversity, we instead started also considering what they are like on the inside?

What if we think about the dynamics of our teams as being enhanced and strenghtened by having people who think differently, have differing perspectives and communicate differently?

Diverse teams equate to higher rates of success.  This isn’t just because of the “boxes” that are checked.  It’s because when you have diversity of thinking, perspectives, communication styles and ways of working, you have a more well-rounded team.

Everyone doesn’t have the same strengths and weaknesses and everyone doesn’t approach problem solving or solution design in the same way.  This ensures that members of your teams will push each other, challenge each other and encourage differing ways of approaching issues and solving problems. It means that people will be forced out of their comfort zones and have to learn how to communicate and question differently.  It requires that you consider the ways that people learn differently when presenting new concepts and information.  And it means that you have to ask the hard questions about how the dynamics of your teams and the culture of your organiztion as a whole is affecting your success.

In short, broadening our perspective of what constitutes diversity means that we have to think of people as a whole unit–not just identify a single element or descriptor of who we think they are.

This in no way means that we can abandon the efforts of promoting true diversity and inclusion just because we have a group of people who all look the same but think differently.  On the contrary, the case for expanding the way we think about diversity actually leads to greater instances of true inclusion–where people are encouraged to participate fully in the process because they understand that they bring a unique perspective to the team and organization.

Everyone wants to feel empowered, supported and valued for who they are as an individual and what they bring to the table.  No one wants to have their individuality stripped from them because we’re so focused on checking a box that we miss the whole of the person in front of us.

So the next time you consider whether your organization is moving in the right direction to champion diversity and inclusion, ask yourself if in addition to checking the “boxes”, you’re also considering the other aspects of what makes a person whole and unique.  It’s what’s best for your organization and for the person you’re bringing to the team.  Ultimately, you both want the same thing–success. 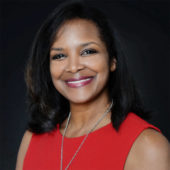 Don’t “Be” Empowered…”Recognize” Your Power!