LeBron, Boogie Cousins And The NBA Have Nothing To Apologize For

The league is in great shape as teams take aim to dethrone a historically great Golden State dynasty.

There are many basketball fans that have similar feelings with my colleague Rob Parker, who is adamant that the NBA is damaged, broken and nothing more than “…noncompetitive basketball at the highest level.”

They’re pointing to Golden State’s recent sweep of Cleveland in the NBA Finals, and their third title in four years, as some proof that the league is boring and predictable. But I ain’t buying it.

And with the Warriors recent free agency bombshell of bringing All-Star center DeMarcus Cousins into the fold, some folks are beyond apoplectic. 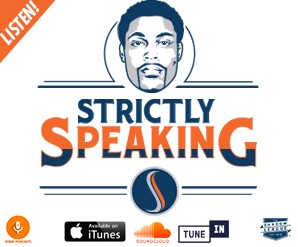 First off, let’s debunk this myth that Boogie playing for the Warriors is bad for the NBA.

Yes, he’ll be unstoppable playing with the supreme shooters that Golden State trots out with Kevin Durant, Klay Thompson and Steph Curry. DMC is one of just eight players in NBA history to average at least 25 points, 10 rebounds and five assists in a single season, the numbers he posted last year through 48 games before rupturing his Achilles tendon.

He provides a supreme upgrade at the center position and the Warriors will be dominant again, perhaps even more than they’ve ever been. And what really has some folks mad is that he took a one-year deal for the bargain basement price of $5.3 million.

Earn Is No Loser, He’s Simply A Struggling Black Man In America

Caron Butler Shoots To Elevate Others