Yes, I know. I know.  There are lots of you cannabis lovers, who will respectfully disagree, but here’s the scoop.  There’s this annoying “little” article in the U.S. Constitution, specifically Article VI, Paragraph 2.  Even though more than 35 states and the District of Columbia, have legalized marijuana for the treatment of medical conditions, and 16 states and the District of Columbia, have decriminalized the recreational use of marijuana, because marijuana is still classified as a Schedule I controlled substance under the Controlled Substances Act (“CSA”), the Supremacy Clause results in the CSA preempting ALL of those state laws!

Can cannabis possession land you in jail?

However, just inhale.  There is no need to panic about your chronic use.  If you are enjoying cannabis in one of the many jurisdictions that have decriminalized its use, you probably don’t have to worry about “the feds” knocking on your door to haul you off to jail.  Because of the Cole Memorandum, penned by James M. Cole, U.S. Deputy Attorney General, in 2013, the Justice Department (DOJ) has generally left the enforcement of the use, possession, cultivation, or distribution of marijuana to the states.  Additionally, the Consolidated Appropriations Act, 2016 prohibits the DOJ from spending funds to prevent states from implementing their medical marijuana laws. Furthermore, interestingly, even in places that haven’t decriminalized the use and possession of cannabis, it is less likely that you will be prosecuted.

The Agriculture Improvement Act of 2018 (2018 Farm Bill) legalized the commercial production of hemp by removing Cannabis sativa L. from. The definition of marijuana in the Controlled Substances Act. The only difference between marijuana and hemp is the concentration of THC, tetrahydrocannabinol (the stuff in the herb that makes you high).

Consequently, many prosecutors no longer bring charges because they don’t have the resources to detect the precise THC content.

Nevertheless, you endo enthusiasts shouldn’t completely relax.  Even in states in which the use of marijuana has been legalized for medical and/or recreational use, you might still be subject to an adverse employment action (in other words, be FIRED) as a result of that use!  Yep, blame it on the Supremacy Clause.  This area of the law isn’t completely straightforward, but if you’d like to learn more, you should check out my forthcoming article, co-written by Gita Sharma, about this particularly perplexing legal issue in the Quinnipiac Law Review. 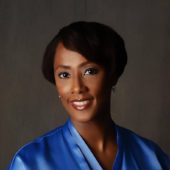 THERE IS A THERE, THERE. I TOLD YOU SO