Good name in man and woman, dear my lord,
Is the immediate jewel of their souls.
Who steals my purse steals trash; ’tis something, nothing;
‘Twas mine, ’tis his, and has been slave to thousands;
But he that filches from me my good name
Robs me of that which not enriches him,
And makes me poor indeed.[1]

The civil exchange of divergent or even opposing ideas is the lifeblood of America’s representative democracy. Unfortunately, the national dialogue concerning the Covid-19 pandemic has threatened more than our collective physical well-being. Instead of reasoned debate, we have too often witnessed attempts to silence dissent through irresponsible (at best) and malicious (at worst) personal attacks. Our representative democracy may be in critical condition.

On September 17, 2020, Coach Ken Leonard, the winningest high school football coach in Illinois’ history, participated in a WMAY Morning News Feed radio program. Such a broadcast is traditionally characterized as a “public forum,” airspace that is open to the public, where information is freely exchanged. As far as the First Amendment to the U.S. Constitution is concerned, the public forum is “holy ground,” the arena in which the right to freedom of expression is supposed to enjoy the most protection.

The subject of the interview was the decision of Illinois Governor J.B. Pritzker to cancel certain fall sports, including football, volleyball and soccer. Governor Pritzker preempted these sports through the exercise of his “police powers,” the ability to protect the welfare, safety and health of the state’s residents, particularly in the context of natural disasters. The Covid-19,or corona virus,  pandemic of 2020 invokes these police powers via Section 7 of the Illinois Emergency Management Agency Act.

During the radio broadcast, Coach Ken Leonard stated that his late father was a World War II soldier, a veteran of the 3rd Army and a staunch Democrat. Coach Leonard’s father told all six of his children, “don’t ever let them take your guns and do not let them get you like sheep, where they just tell you what to do cause that’s just what the Germans and the Jewish people did at that time.”

What the elder, World War II veteran Leonard told his children, including Coach Ken Leonard, is a matter of empirical fact. Coach Leonard continued in the radio broadcast to say (1) that Governor Pritzker’s policies had the impact of telling parents that he knows how to “parent” their children better than the parents themselves; (2) that Governor Pritzker represented that he would keep the children safe; (3) that such decisions were properly made by parents themselves; (4) that the disruption of the educational structure, including participation in athletics was rendering irreparable and unnecessary harm to student-athletes’ mental health; (5) that Governor Pritzker’s decision to cancel Illinois High School Association (“IHSA”) high school football, volleyball and soccer in the fall of 2020, while neighboring states, including Indiana, Wisconsin and Kentucky, enjoy these same extra-curricular activities, had been made with neither adequate explanation to nor communication with the impacted groups; (6) that by withholding explanations, Governor Pritzker was not governing, but ruling, acting as would a king.

Coach Leonard’s objection to the autocratic nature of Governor Pritzker’s decision to cancel fall sports was met by a direct email response from Governor Pritzker’s press secretary Jordan Abudayyeh: “Throughout this pandemic the vitriolic minority who rejects science has compared public health guidance from medical experts to the atrocities that took place under a hateful dictator who oversaw the murder of millions of people. Those who make these incendiary comparisons either don’t understand history or are blatantly using these comparisons as a way to disguise their anti-Semitism. As a founder of the (Illinois) Holocaust Museum, Governor Pritzker has spent his life dedicated (to) fighting bigotry and hatred and as governor he has prioritized the health and safety of Illinoisans amid this pandemic and will continue to do so.”

Instead of providing the rationale for the decision to maintain the cancellation of fall sports, in response to Coach Leonard, Governor Pritzker’s press secretary resorted to name-calling and defamed Coach Leonard. Defamation in Illinois is defined as (a) a false statement about the victim; (b) an unprivileged  (i.e. unjustified ) publication of that statement to a third party; and (c) damage caused to the victim. Mr. Abudayyeh’s words were so harmful that they can be described as defamatory per se, a type of “clear-cut” defamation: the allegation of anti-Semitism against a coach at a Catholic high school constitutes a charge of behavior, racism, that is incompatible with the proper conduct of Coach Leonard’s profession.

It should be noted that, though Governor Pritzker’s press secretary did not specifically name Coach Leonard, the circumstances presented (also known as “colloquium”) allow for the logical conclusion that the statement was directed towards Coach Leonard and was defamatory as to him. The comments were made in specific response to Coach Leonard’s words.

This was a particularly inappropriate response, apparently aimed at silencing and not engaging Coach Leonard. No one wants to be labeled an anti-Semite. No one, however, should have to fear such castigation, as the price for voicing objection to the decision of the person wielding police powers.

No part of Coach Leonard’s statements could be interpreted as a “reject[ion of] science.” This deliberately false claim was apparently intended to discredit Coach Leonard and to paint him with broad and stereotypical brush.

Coach Leonard made no comparisons between “public health guidance from medical experts” and a “hateful dictator who oversaw the murder of millions of people.” Instead, Coach Leonard referenced the vulnerability of people who trusted governmental authority without question, as indicative of persons who have relinquished their right to self-defense through gun ownership.

Most significantly, Coach Leonard did absolutely nothing to deserve the suggestion that he made comparisons to hide his own “anti-Semitism.” Besides quoting his late father and voicing an opinion in favor of voicing dissent to government authority, there is historical support for Coach Leonard’s assertions. Similar arguments, for and against gun control, were made in the 1920s, relative to Germany’s Weimar Republic. There, the people opted for gun registration. Law-abiding persons complied with the law, but the “Communists and Nazis, committing acts of political violence” did not. Germany’s Weimar Republic’s well-intentioned gun registry became a tool for evil.[2]

Apparently, it is Governor Pritzker’s press secretary who is in need of the history lesson. Coach Leonard’s quote of his late father was an historical reference to decisions made by people in power before the world’s most notorious dictator assumed power. There was absolutely nothing anti-Semitic about what Coach Leonard said.

The use of the “bully pulpit” by Governor Pritzker’s press secretary had its intended “silencing impact.” On September 23, 2020, without communicating with Coach Leonard, Sacred Heart Griffin (“SHG”) issued a statement: “Sacred Heart-Griffin High School denounces any form of hate speech including anti-Semitism and in no way supports the comparison of COVID-19 restrictions to the Holocaust.” SHG has been Coach Leonard’s employer since 1984,  Tragically, SHG’s statement incorporated the over-reaching mischaracterization of Coach Leonard’s words. Coach Leonard had never mentioned the Holocaust, but had voiced opposition to blind acquiescence in the face of what he believed to be Governor Pritzker’s irrational exercise of his authority. Coach Leonard dissented and was demonized for the act.

SHG’s decision to ratify defamatory comments from Governor Pritzker’s office is disappointing. The defamatory comments themselves, however, are unconscionable. Governor Pritzker owes a reasoned response to Coach Leonard’s query: What conditions must be met, in terms of Covid-19 testing positivity rate, in order to resume the cancelled fall sports?

Governor Pritzker owes Coach Ken Leonard a public apology. It will be interesting to see whether such is rendered with the same speed as was the defamatory, “gas-lighting[3]” statement, an ostensible attempt to distract from the issue raised by Coach Leonard’s honest assessment-accountability. It will be equally interesting to gauge whether Governor Pritzker simply chooses to be “wrong and strong.” Integrity has neither a political party affiliation nor an expiration date. Peace and God bless.

[3] “Gas-lighting” is a form of psychological manipulation in which a person seeks to sow seeds of doubt in a targeted individual or in members of a targeted group, making them question their own memory, perception, and sanity. 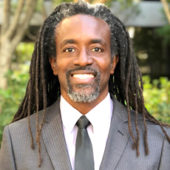