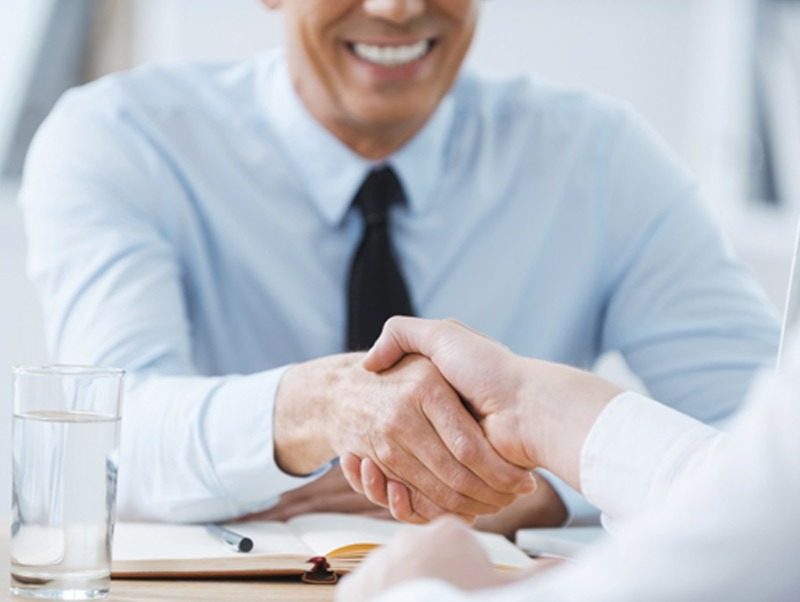 When I was 26 years old I worked for a large commercial and retail banking organization based in Atlanta, GA.   I had successfully completed a management-training program out of college five years earlier, and was fortunate to land a “coveted” job in the Commercial Real Estate group, of the bank,  as a Relationship Manager.   A “Relationship Manager”.  It was a fancy name for an account manager, a corporate worker bee, a producer, a decorated sales person.   I was tasked with lending construction money and selling other types of banking products and services to companies who were actively engaged in building, buying and managing apartment projects, retail centers, office buildings and the like.   As far as a banking job was concerned it was fairly sexy and relatively lucrative if you compared it to working on the teller line in the branch or delivering the mail.   For a 26 year-old, I had a good bit of authority to transact business for the bank.  I couldn’t make a loan to anyone I pleased.  But under the watchful eye of my bosses and credit guys I could underwrite and present multi million dollar real estate opportunities to the powers that be within the bank, and if successful close the transaction with a good bit of autonomy thereafter.

In the process of closing these transactions the bank utilized several third party vendors such as attorneys, environmental firms, construction consultants, and appraisers.   In most instances I had the ability to choose which of these vendors would be graced with the bank’s business.  For the most part it was my choice as long as I chose the vendors that everyone else seemed to be using, and didn’t wander outside of the club.

I remember one transaction I closed. I had recently received approval to fund a $20MM loan to build an apartment project for a valued client.   When it came time to hire the appraiser, I made the decision to hire an appraiser I had used many times before.  I will call him Mr. H.    I didn’t mind hiring Mr. H. at all because I hired him on my last 10 deals and he did a fine job.  Mr. H. and I chatted often over the phone often and he always helped me with market information, or other introductions to help me in my business.  He seemed to know everyone.  Everyone liked him.  Correction, everyone LOVED him.   Every other commercial real estate lender who worked in my department also hired Mr. H.  In fact the other commercial real estate lenders who worked at the other banks also hired Mr. H.

Now, for some reason, and while working on this particular transaction, I started thinking about Mr. H.’s business model.  And something struck me as odd.  There were at least 25 other appraisal firms on the list of acceptable appraiser venders, all of whom who wanted my business, the Bank’s business.  These other appraisal firms would constantly call me and take me out to lunch or occasionally to play golf and try to get my/the bank’s business to do appraisal work.  But for some reason, I always hired Mr. H.  It was the bank’s unwritten policy and I was in no hurry to break this rule.  I didn’t want to break the rule.    Mr H was great.

I suddenly became intrigued with Mr. H’s appraisal monopoly.   I did some rough potato math and realized that his firm was clearing several millions of dollars a year in revenue doing commercial appraisal work.    The firm prepared a pretty uniformed standard appraisal report for the CRE industry in Atlanta at the time.  That wasn’t a bad haul relative to the work that went into the report.   Meanwhile the other appraisal firms in the industry were fighting for the scraps that happened to fall off of Mr. H’s table.  At that moment, I needed to know what was Mr. H.’s secret.   What made Mr. H different?  Why was he so much better than all the other?   So I called him.

Our conversation occurred 21 years ago.  I can remember it like it was yesterday.   His answer has helped define who I am as an entrepreneur and a business professional today.   It has shaped my interactions with people inside and outside of my workplace.  It is one of the most influential and contributing factors to the success that I have had.

If YOU would like to unlock YOUR fullest potential and hear Mr. H’s secret, please send $79.99 in cash or money order to P.O. Box….   LOL.

No, Seriously.  My question to Mr. H went something like this:   “Mr. H.  Why are you doing 400 appraisals a year compared to your competitors.    Mr. So and So gets none of my business and might do 20 appraisals a year?  No disrespect, but there is no discernable difference in the quality of the report or even the price that you charge?   Why does every one choose you?  How are you this successful?”.

Mr H’s answer went like this:  “That’s a great question and one that I can’t recall being asked before.  I guess I’d answer it like this. ‘When I wake up in the morning and come into work, I tell myself that my job is to help people.   I don’t do appraisals, I help people.   My job extends beyond doing market analysis and sending you a report.   If you notice, I have always and sincerely taken an interest in you and what you need, to do your job better.  That may come in the form of extra market data, a referral to another client, or passing along an article I think might interest or benefit you.   If I focused on writing reports every day, my job would be pretty monotonous and I probably wouldn’t do very well.  I don’t help you because I expect to receive your business; I help you because I genuinely want to see YOU succeed.  If you choose to send me your appraisal work, that’s great, but I’ll keep helping you.   It just so happens that being one of the more successful appraisers in the country is a nice by product of how I approach my business’.”

I decided from that moment on to change the way I approached my business to Mr. H.’s philosophy of helping people.   I remember my first test case: I had a prospective customer (prospect) I was vying for a $25MM multi family construction loan.  It was a big deal for me and for the bank.   In underwriting the deal, I had acquired a ton of good market information on the market and submarket.  I had physically gone to the local chamber of commerce and pulled data, I went and physically shopped competing apartment projects and compiled the data (recall this was pre-internet/information revolution).  I had a lot of legwork and several paper files of information compiled, to get buy in from the powers that be at the bank to approve terms to quote on this deal.  Guess what?   I didn’t win the deal.  It went to a competing bank.   Such is life and business.  So instead of chucking all of the data I had compiled, I packaged it up and mailed it to the prospect, who originally turned me down.  I included a nice hand written note to the prospect saying, I was disappointed that I didn’t win the deal, but I hoped this information might serve him and his current lender on the project.   And I sincerely and earnestly wished him the best of luck with the project.    My prospect was floored.  He called me and thanked me profusely.   That prospect later became my client on another deal.   In fact we went on to transact 100s of millions of dollars in business over the next decade.  I didn’t do all of his business, but I don’t recall a deal he considered building,  that I didn’t get an opportunity to bid.

Over the next decade or so I liberally applied Mr. H’s philosophy in my job.  I changed my  “job” to “helping people”.   The result?  I exceeded my goals.  I exceeded my managers’ expectations.  I exceeded my own expectations!  I led production in the group, in the state, and sometimes the country for my bank.   I eventually switched banks.  I went to start a CRE department for the US for a large foreign owned bank.  Guess what happened?  My clients followed me.   I ended my banking career in 2009 and started my own company.   All the while implementing Mr. H.’s philosopy of helping people, along the way.   For the most part I’m operating in the same CRE industry and with many of the same clients.    Even though my business card has changed a few times, my job description has remained pretty consistent. – “I help people.”.

Now I should clarify: I want to succeed and make money, and produce just as much as the next guy.   I ask for the business.  I’m not scared to do that.  But I don’t link the two actions.    I don’t help people in expectation of getting anything.  Those are two mutually exclusive parts of my business.  That is an IMPORTANT distinction.  We’ve all met people, we’ve all been that person, who has given in expectation of receiving something.     Explained another way, I don’t give help with the palm up.  My palm is down and that act is unconditional.   It took me a lot of practice to get to that point.

Now there are three pretty important parts of the “helping people job”.  1) The first part is to take an earnest interest in helping that person.    Insincerity is pretty transparent and usually gets rooted out.  If your motives aren’t sincerely in the interest of helping, you will not follow through and your recipient will become suspicious.    2)  You have to look for or ask for ways to help.   Some people make it easy for you.   But I love to recognize a need that someone has in interaction and come up with a solution or suggestion.    3) you have to DO IT.   You have to follow through and provide the help you promised otherwise you risk becoming an “empty gesture” or “Peter wolf”.    One of the things Mr. H always did with me, was when he offered market info or a contact referral, it was usually in the mail, or later in my email box right after we hung up.   Not a week later, when he got good and ready to “do me a favor.”.  It was immediate. That told me that my need, my job, my interest was very important to him.  That was a powerful relationship building tool.

Over my professional career I have lost count of how many people I have assisted in finding jobs, or introductions made, or referrals of business to attorneys or accountants or other competing bankers.   I snagged one of the lines from fast food franchise “how can I help you?”.   That question is very powerful.    If delivered and executed correctly it tells the recipient    I have regaled people 100 times with the story of Mr. H. 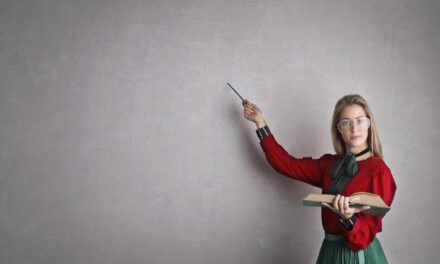 We have a great opportunity in front of us…how will we use it? 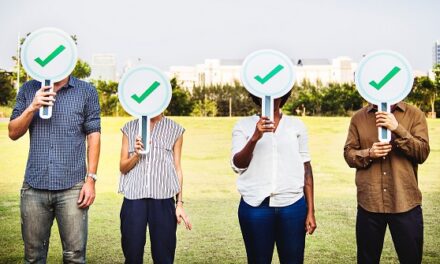 Are we thinking diversely about diversity?

15 Best Ways To Build A Company Culture That Thrives 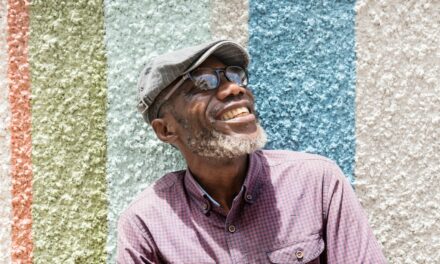