The government was gunning for any child of his same heritage. Kill all the Jewish boys two years old and under. Kill them. Get them off the street. Herod’s policy was based on the fear of a person. It was the fear of a person that came out of a nation of people who was historically able to rise out of their out of their oppression, out of their slavery. But not only did Herod fear a person, he feared a nation. Because without a nation behind that person, they will not be much of a threat to others.

The threat in Herod’s eyes was that the Messiah was to be king of the Jews. And Herod was known as the king of the Jews. So, for Herod, it was more a territorial situation than a global threat. It was more a national problem than a worldwide issue. Herod saw it as such. He didn’t realize nor did he care about the pandemic nature of his actions. He was just trying to keep his day job. He was desperately trying to keep his control over the small kingdom he had carved out for himself to rule. Most what has transpired recently in Washington D.C. has been about keeping control, keeping order, keeping people in their places. Keep the rich people. In fact, make them richer and they will control, I mean take care of the masses. Promise the people on the lower end of the economic totem pole that this tax plan is for them, and then kick thirteen million people off of healthcare with the same plan—effectively raise the insurance rates on everybody, making healthcare unaffordable to many more.

Most people in power are never about freedom because if the people on the lower end were truly free, then the people on the top wouldn’t have the power they have now. They wouldn’t have the power to pass a law where only 26% of the people think it’s a good bill. So no, we do not live in a truly free society. We live in a ruling class society. And Jesus came for those not in control. Jesus didn’t come for tyrannical, maniacal, dictatorial, demagogues. Jesus didn’t come to bring them peace. Jesus came to bring people like them down. Jesus’ coming was a political statement. It was political because virtually all spiritual practices are political statements.

Joseph and Mary took Jesus out of Herod’s political jurisdiction. Some of us still want to move to Canada right now or, better yet, the Caribbean. The move would be a political statement. The irony here is that the Lord is given safety in the very place His people were enslaved for generations. Your place of safety can be found in your former place of enslavement. We all can be free right where we are.

1 After Jesus was born in Bethlehem in Judea, during the time of King Herod, Magi from the east came to Jerusalem 2 and asked, “Where is the one who has been born king of the Jews? We saw his star when it rose and have come to worship him.” 3 When King Herod heard this he was disturbed, and all Jerusalem with him.

Why was “all of Jerusalem” upset about the prophecy of a new King? Because all of Jerusalem were “with him (Herod).” Herod had convinced them through threats, scare tactics and demagoguery to be “with him.” Herod was the founder of the Herodian dynasty. He was the founder of his own brand. His name was his brand. The several rulers who succeeded him were all named Donald/I mean Herod. This is the key to our understanding of Herod—his brand was his name. He was intentionally ruthless. Herod even killed his uncle; he’d try to destroy anyone who got in his way. He demanded complete and unquestioned loyalty from people, regardless of the crazy things he did. He was a deliberate liar. He told the Magi “Go and search carefully for the child. As soon as you find him, report to me, so that I too may go and worship him” when he knew darn well he wanted to know exactly where the king of the Jews was so he could kill him. He’s the type of leader that would lie about anything in order to further his own dynasty. Yes, Herod was ruthless and cunning. He loved a lavish lifestyle, opulence, riches, and constructing large buildings. In fact, several of the most magnificent ruins that one can see in modern Israel date back to the days of Herod the Great. His most famous building was the rebuilding of the temple in Jerusalem that took years after his death to complete.

It is believed that Herod was Idumean. Meaning that he was a descendant of the Edomites—an offspring of Esau. Esau lost his birthright to his brother Jacob for a bowl of stew. He compromised his whole future by giving into his intermittent physical desires. Men do it all the time—they give into their intermittent physical desires. They try and do something they shouldn’t do with somebody or with something they shouldn’t do it with. They are enticed by what they want now more than by what they need later. But what they don’t realize is that they are jeopardizing the trajectory of their entire future—just like Esau did. That’s the problem when we see today and tomorrow as today and tomorrow instead of seeing today and tomorrow within the confines of eternity. We can look back in our family history and see where some of our current problems and personal faults come from because often they are part of a pattern in our genogram of life. And what we need to do is stop them. What we need to do is end the destructive pattern before it takes part of our soul. What we need to do is cease and desist from perpetuating the pattern and, as a result, potentially passing this insidiousness on to our children.

It’s the pervasive nature of evil. Not only does it get passed down, it gets passed around. Evil is a great gatherer. It forces itself into the lives of the vulnerable through lies and manipulation, insidious mergers and acquisitions, slim shady deals, film flam promises and laundered money. And it convinces the masses that it is the best thing since smart phones and reality TV. This is the evil in the government. This is the evil in politics. This is the evil Jesus was born directly into.

16When Herod realized that he had been outwitted by the Magi, he was furious, and he gave orders to kill all the boys in Bethlehem and its vicinity who were two years old and under, in accordance with the time he had learned from the Magi.17 Then what was said through the prophet Jeremiah was fulfilled: 18 “A voice is heard in Ramah, weeping and great mourning, Rachel weeping for her children and refusing to be comforted, because they are no more.”

In Genesis, Rachel dies giving birth while on the road to Bethlehem. In the midst of her suffering, the midwife tries to comfort her with the news that she is having another son. In this way, her child is both her cause of weeping and her hope for the future. In Jeremiah’s day, Rachel weeps over her children once more, this time because they are being led into captivity and exile near the very spot where she is buried. She is then comforted with the promise that her children will return. Once again, her offspring are both her cause of weeping and her hope for the future. In Matthew’s day, Rachel weeps yet again—this time over the slaughter of the children at Bethlehem. No words of comfort are given her in Matthew, but the very next verse speaks of Herod’s death and the return of Joseph, Mary, and Jesus to the land of Israel. Just as in Jeremiah’s day, the situation seems bleak, but the hope for the future lives on in a child named Jesus.

Rachel died near Ramah on her way to Bethlehem. She weeps at Ramah. Ramah in Hebrew means hill, or, more specifically, a high place of idol worship. Our children are being born into this place that puts their hope in things rather than the one true God. Our children are being born into a country that cares little about them; a place where the people in charge rather see them dead than alive. Our children are being born into a place where the head of our government said that all Haitian immigrants have an infectious disease, and all Nigerian immigrants once they come to America will not want to return to their “huts” as he calls them. This is hate. This is evil. The Christmas story is clear that there was hate, evil and oppression all around Jesus’ birth. That’s what makes the angelic proclamation “Peace on earth to those on whom His favor rests” so more powerful than Linus from Charlie Brown reading it. It’s because it was a proclamation of peace in the midst of eventual sorrow. It was a declaration of peace in the middle of an inevitable all-out war against baby Jesus and every child that looked like Him.

We’re in the middle of a war. Things may seemed to have quieted down, but there are things going on behind our back, in the Department of Justice, in senate and congressional committee meetings and, of course, in the White House—actions that have declared war against many of us. There are judicial appointments being made based on loyalty to the President instead of loyalty to the Constitution of the United States. There’s a war going on against people who don’t have much, But in Luke 2:14

a great company of the Heavenly host appeared to shepherds living out in the fields, and they praised God and saying “Peace on earth to those on whom His favor rests.” Because God’s favor rests on you because you’re His child you’ve got peace in the center of this raging war. You’ve got peace even though you’re surrounded by the oppressive policies of this administration. You’ve got peace because Jesus came and still reins. 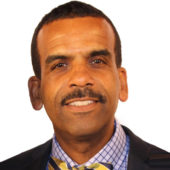 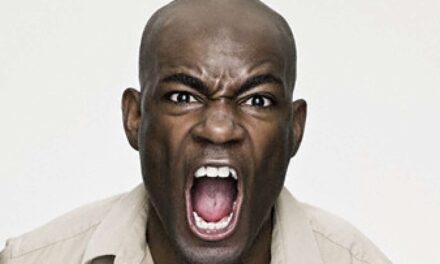 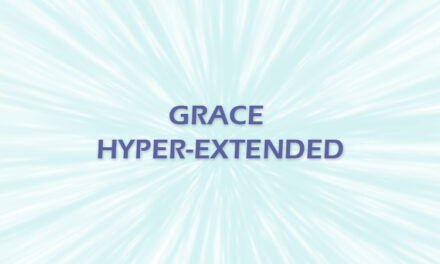 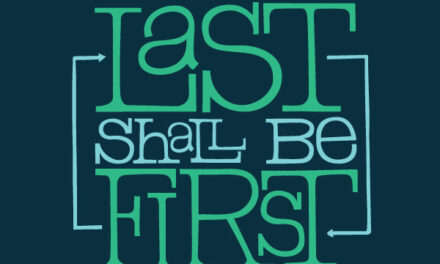 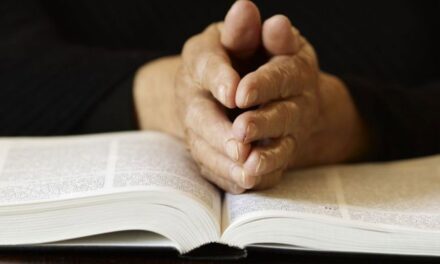 THE WAY TO SPIRITUAL GROWTH