It was approved, not for experimental purposes or in the interest of researching its effects, but as a full-fledged and bonafide pharmacologic remedy. It is, now, as official and dyed-in-the-wool as Penicillin or Prozac; and this medical grade CBD is called , Epidiolex, manufactured by GW Pharmaceuticals.

Now before those of you who would be inclined to do so, start breaking out the rolling paper in celebration of this landmark event, it is important to know that this “marijuana” is that which is known as Cannabidiol, commonly referred to as “CBD”.

The difference between CBD and the street drug, marijuana, is that CBD lacks the psychoactive compound, known as THC, or tetrahydrocannabinol. THC is the component that induces feelings of sedation and euphoria, and that can cause hallucinations.

In short, CBD won’t get you high.

Despite this very minor shortcoming, CBD has caused elation in many, as it has been touted as a cure-all for any number of maladies. Chief among these are: insomnia, depression, anxiety and joint pain.

“Research indicates CBD may have the potential to treat a wide range of conditions such as anxiety, high blood pressure, skin issues, and chronic pain. It’s being researched to treat Alzheimer’s, and one study even suggests CBD might be a useful addition when given with conventional antipsychotic medications in the treatment of schizophrenia.” (PR Newswire)

In fact it has been reputed to be so successful at doing this, that, according to Forbes magazine, “Basketball’s BIG3 has become the first professional sports league in the United States to allow its athletes to use cannabidiol (CBD), the nonpsychoactive ingredient in cannabis that many people use to manage pain and inflammation. This announcement, made in June, is great news for athletic — pro and collegiate — organizations that are starting to embrace cannabis’ healing properties. And if they’re not quite embracing them yet, well, at least more seem willing to educate themselves on their athletes’ medical needs and how cannabis (particularly CBD) might help.”

Derivation and History
Both substances come from the Cannabis genus, of which there are 3 species: Cannabis sativa, Cannabis indica and Cannabis ruderalis. The genus is indigenous to central Asia and the Indian subcontinent, but as we all know, countless countries have created homelike conditions for recreationally used Cannabis.

To give some sense of the broad ranges of use for a variety of Cannabis species, it is helpful to know the historical origins of this very versatile and hardy plant.

“Cannabis is believed to be one of the oldest domesticated crops.” (Leafscience.com) Over centuries, humans have grown and cultivated a variety of Cannabis plants for industrial and medical applications. Early civilizations used Cannabis to make foods, textiles and oils. Cannabis types that were used to make rope and various fabrics, were bred with other plants, producing a Cannabis plant that is now known as hemp.

Other plants within the genus were noted for their psychoactive properties and were used solely for medical and religious purposes. These plants led to the Cannabis that today we call marijuana. The differences between the mood-altering Cannabis and its non-psychoactive counterpart is the presence or absence of cannabinoids. Cannabinoids are chemical compounds which act on neurotransmitters in the brain and can be responsible for euphoria, sedation, hallucinations, etc. The most well known among them is THC.

The Cannabis varieties that are lacking in a substantial amount of cannabinoids, are typically grown for their fiber and seed and are known as hemp. While it is illegal to grow hemp in the United States, it is grown in more than 30 countries; and it is legal to import hemp products into the US. It is estimated that roughly $500 miliion in hemp product is imported annually (leafscience.com), and includes new forms of renewable plastic, making it a valuable commodity for the auto parts industry.

While CBD is a cannabinoid, it is non-euphoria inducing. In fact, some studies have suggested that CBD may counter the mood-altering effects of THC.

CBD and the Brain
Since CBD’s effect on the brain’s neurotransmitters does not induce a “high”, what exactly does it do?

This is the mystery of CBD. In affecting neurotransmitter release, CBD is likely to modulate the firing of neurons in a way that has been postulated to reduce pain; this same mechanism may be responsible for its ability to decrease seizure activity.

This was believed for many years, but only anecdotal evidence existed. Today, it still remains an enigma. The manufacturer of Epidiolex, GW Pharmaceuticals, readily admits that “… the [p]recise mechanisms of anticonvulsant effect [are] unknown; [and that Epidiolex] does not appear to exert its anticonvulsant effects through interaction with cannabinoid receptors”.

CBD is known to interact with the human endocannabinoid system, which is found throughout the body’s nervous system, organs, connective tissues, glands and immune system.” (PR Newswire) The problem is that we just don’t know how it does that.

Nonetheless, the FDA felt that the burden of scientific proof had been met, and that the benefits of CBD far outweighed its risks. On June 25, 2018, it awarded an approval for the use of Epidiolex for the specific indications of Dravet Syndrome and Lennox-Gastaut Syndrome. These two genetic syndromes represent 2 rare and very severe forms of epilepsy. Epidiolex has an FDA indication (approval for use) only in those afflicted with these syndromes who are two years or older.

In other words, it does not yet have an FDA indication (approved use) for any other seizure disorder or form of epilepsy.

While medications are often prescribed “off label” by physicians (in other words, for disorders for which they were not originally intended, but can still mitigate), there is often no direct or adverse consequence that befalls the practitioner. With Epidiolex, however, any off-label prescribing practice could mean significant professional and legal consequences for the healthcare provider involved.

Keep in mind that CBD is still considered a controlled substance and is classified as a Schedule 1 drug because it is derived from the Cannabis plant. In fact, both hemp and marijuana are Schedule 1 compounds, as per the Controlled Substaces Act.

Schedule 1 drugs, by definition, are “… narcotic drugs with no known acceptable medical use that carry a high abuse potential… No prescriptions may be written for Schedule 1 substances and they are not readily available for clinical use.” In the past, Schedule 1 drugs were those that were being used for research and only in clinical trials.

This is in contrast to Schedule 2 and 3 drugs. i.e., Demerol and Hydrocodone, respectively. Schedule 2 drugs are “… narcotic drugs that have medical uses but carry a high abuse potential.” And Schedule 3 drugs consist of those with narcotic and non-narcotic drug combinations, i.e., codeine and acetominophen, which have a moderate abuse potential.

Clearly, the classification of Epidiolex will need to change.

CBD and You
“I do not have Lennox-Gastaut Syndrome. Nor do I have Dravet’s Syndrome. So, how does all of this affect me?”

Glad that you asked.

“CBD, a non-psychoactive cannabinoid that can be extracted from the industrial hemp plant, is understandably generating worldwide interest from both the scientific and investment communities. A large part of CBD’s mass appeal is that it’s believed to aid with a broad range of wellness concerns.” (PR Newswire)

First, the endorsement of Cannabidiol by the FDA for these disorders opens wide the door for its use in other clinical applications. There is now hope, not only for other seizure disorders, but for other neurologically based diseases, i.e., anxiety, depression, insomnia, schizophrenia, chronic pain and more.

Many smaller studies have shown great promise in treating the above disorders, and have even purported that many recipients have been able to replace their conventional medications with CBD. In this regard, we are talking about the replacement of many habit forming drugs that are presently the standard of care for treating the above maladies. These drugs include: benzodiazepines, barbiturates and narcotic pain relievers, all of which are habit forming. Given the many risks of addiction and overdose with these drug classes, if CBD can present a viable alternative, more clinical studies will be conducted; and the likelihood that the FDA will add indications to the current use of Cannabidiol is tremendous.

What you should know, however, is that while CBD is a distinct entity from THC, there are some varieties of Cannabis plant that may have very high amounts of CBD, but contain small traces of THC. There are numerous preparations of CBD on the market. They can be found at health food stores, supermarkets and online. Each of these preparations may be different, as they can have derived from any number of subspecies of Cannabis, as well as a multitude of gene lines. Because it is impossible to know which distributors sell products with low, but detectable levels of THC, if for any reason, you are in a drug monitoring program (for work or for legal indications), it is best to avoid any form of CBD.

Please remember that because it is a Schedule 1 substance, even a doctor’s prescription is considered invalid UNLESS IT IS TO TREAT DRAVET’S OR LENNOX-GASTAUT SYNDROME. If you do not have one of those and are found to be using CBD products, consequences may be severe.

If you are one to dabble in the stock market, you may want to know that this particular genre of Big Pharma is likely to prosper for a long time to come. Companies that manufacture CBD oils, sprays and other solutions will see profits due to the vast numbers of Americans who are trying their products to alleviate certain chronic ailments.

“Three years ago, in 2015, the hemp-derived CBD market racked up $90 million in sales. Last year that number reached $190 million in sales – and the boom has just begun. The Hemp Business Journal projects $2.1 billion in total CBD sales by 2020 and estimates that $450 million of that will come from hemp-based sources. The explosive demand projections are attributed to an increased public awareness of the wide-ranging potential health benefits of hemp CBD oil and advancements in cultivation, plus the convenience and reach of online retailing – all of which contribute to a global CBD oil market expected to grow at an eye-popping CAGR of 39.19 percent through 2021.” (PR Newswire)

GW Pharmaceuticals is also likely to see continued success. Although right now, they can only market to a small segment of society, they will invariably seek to expand their indication to include all seizure disorders. Once their patent expires, they are then likely to reformulate Epidiolex so that it can receive entirely unrelated indications for use from the FDA, i.e., anxiety and insomnia. Consider the success of all of those possibilities.

CBD holds tremendous promise for the future of medicine. It may one day replace medications that are, in fact, known to have great potential for dependence and abuse. In so doing, it may restore functionality and quality of life for many without the safety concerns of sedation, dependence and addiction.

WHEN YOUR HEART IS TOO BIG 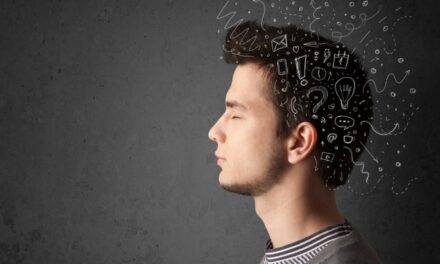 All in your mind