Kneeling at football games, fists raised, locking arm in arm… The protests aren’t working.. This type of protest has been around since before the 1960s. What has it gotten us? Well, a few critical laws were passed to address blatant discriminatory practices. But by and large over time, the discrimination hasn’t gone away. Common practice has simply slithered from above ground to below ground and has remained just as effective. Perhaps even more so. The byproducts of discrimination still persist in education, employment, law enforcement, sentencing, healthcare, and many other corners of our society with a stagnant and even widening gap.

But hats off to the patriots who kneel on the football field before the game on Sunday. Join them. Go to a football game. Remain seated or kneel with them if you like. You might just get beer thrown on you or get into a physical altercation with a flag worshiping, fascist, Trump-supporting nationalist. They have twisted the protest to mask their racism with false patriotism. They don’t care why you are kneeling and moreover they don’t even believe in the inequality about which you are protesting. They don’t live it every day. In fact they want you to stand, forcibly if needed, and the President of the United States has their back. That’s how much they think of your protest. Shut up. Stand up. Be quiet.

You want to do something? Well by all means keep raising your fist or kneeling. Go march in the streets. Login and passionately express your opinions on social media. Yes, you can argue with a poor white man, who you never met and resides in a trailer park in Missouri, on a Fox News comment thread about first amendment rights blah blah blah and equal rights and treatment under the law.

If you want to do something to effect change, you need to be clear on what the goals are. Compared to the peaceful protests of the 1960s the adversary operates differently today. They are underground. They are subtle, and they are implicit in their discrimination. We aren’t protesting to change laws at the local or federal level. Changing legislation was a positive, measurable, definable result of the civil rights era. The passage of the Civil Rights Act represented a tremendous accomplishment given the situation at that time. Today we cannot effect the same progress with a stroke of a pen of LBJ . The end result involves changing mindsets and perceptions and behaviors – For us and for them. Different tactics and strategies are needed.

Now I’m not talking about arming ourselves and staging a revolution. But American history is full of underdogs from whom we can learn. To name a few groups, the Southern Italians, Irish, Asians and now the Hispanics all immigrated to this country and faced similar issues of discrimination and exclusion and mistreatment within mainstream society. And in their rise, they all followed a proven formula of family first, and building vibrant businesses and strong communities and supporting their own. They increased their wealth bases and consequently didn’t ask for a seat at the big table. They took the seat. ! Or better yet, they made their own table, which was just as good. Now I can hear the arguments, and they are valid – Our generation was spawned from slaves. Black Americans have endured a totally different experience in the America compared to those groups who willingly got on a boat and immigrated here. Our foundation is very different. Agreed! Guess what. We cannot change that. And we also cannot use it as an excuse. We have a choice now to move forward and build on what we have. We have tremendous resources at our disposal. But, if we keep acting like slaves, they will keep treating us like slaves. So we need to continue educating our children in the schools and in the home. We need to start businesses and run them effectively and efficiently. We need to divert our dollars to businesses owners who look like us and more importantly, who earn our patronage with superior services and products. In short we need to build an economic and intellectual powerbase. That is the primary solution. That is the goal. If we unify and control dollars, build businesses and communities, empower and employ our own, we can stop “asking”. That’s what we have been doing after all – asking. If a poor man comes up to me on the street and asks for a quarter of my net worth, I’m going to tell him to fuck off. I may give him the coins in my pocket as charity but that’s the extent of what I will sacrifice what I have earned in order to give to him. If that same poor man approaches me and offers to sell me a better widget at a lower price I will buy it. I’ll help him and help myself. If he comes to me, impresses me, and asks me to partner on a business idea I may even do that and enrich us both.

We have made significant inroads into mainstream corporate America. We are educating and conditioning our young soldiers to strive for a good corporate job. It’s the American way for the middle class after all. Corporate America abounds with opportunities. But understand. Corporate America is still a rich, white man’s club. Tokenism is corporate America’s solution to compliance with equal employment opportunities. A few of our best and brightest minds will be selected and excel in corporate America. They will accomplish great things and create wealth, but the needle will not move forward for the rest of us. Our talented 10% are vying to trade out ingenuity, talents, time and efforts to corporate America for a 250,000-dollar salary, a 401k plan and a premium parking spot. I don’t want to demean anyone who has chosen the corporate America path. It’s a great living and a safe living, particularly if you have grown up with no safety net. But, modern day corporate America has evolved. It has created a permanent middle class of highly compensated worker bees with good incomes and modest wealth bases. They are essentially tools in creating a wealth base for the capitalists.

And the capitalists call the shots. They elect the Presidents, they push legislation, and they effect social policy to a large extent. They not only make the rules of the game, they make up the entire game. You want to effect change? Keep cheering your athletes on as they kneel peacefully. Raise you fists from your lazy boy. Make a sign and hit the streets. It’s a great cause. But do you want to really effect change? Buy from our own. Create something. Invest in someone or something. Develop and then sell your talents and skills and products to the largest marketplace on the earth. Take calculated risks. Employ competent brown people. Fill a need. That corporate job will always be there waiting for you if you stumble. We are 40 million strong-40 million African Americans living in these United Sates of America. The intellectual capital is significant. And the economic capital is over 1.3 trillion dollars of spending power annually. And there is a significant asset base to go along. Do you want to do something? Do you want to change perceptions? Change behaviors? Do you want to stop asking for inclusion and acceptance and equal treatment? The solution is in our hands. It’s time to put our capital to work. 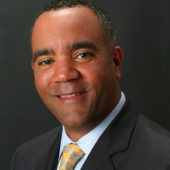