THERE IS A THERE, THERE. I TOLD YOU SO

Almost 18 months ago, I wrote an article on what I saw unfolding before our very eyes. Before that, I pondered openly about the prospect of Donald J. Trump taking us into the reality of a society like the Hunger Games. Me, and people like Traci Miller (Penn Alum in Washington, D.C.) openly asked questions with levity like, “Trump can’t do that can he?” “Trump just did that didn’t he?” It’s real, folks.

I wrote about what I saw as circumstantial evidence if you will. We don’t always need a smoking gun. Donald J. Trump has always been the smoking gun. In arguing with certain people via social media I essentially said, “Just wait, over time it will come out. There’s too much there there.” Has it all come out yet? Nope, but if you can’t see it now then you don’t want to, you’re unintelligent, or you haven’t paid attention: you’re just one of those ‘that’s my story and I’m sticking to it.’

At this point, and for a while now, I believe that those in congress/power who continue to put party/Trump ahead of country are complicit with him and should be held accountable as co-conspirators. We all know that what we don’t say is just as loud as what we do say. I don’t know how else to put it.

You see, Trump sold this whole deeply rooted race thing to folks knowing that they didn’t care about what happens in France, Greece, African countries, world trade, relationships with allies, and so on. They only cared about the border, feeling like brown folks are taking over, their white privilege was being threatened, and so forth. Trump and his folks knew it and played them/us like a fiddle. I always said he was crazy like a fox as well and that he really didn’t care. I believe Paul Ryan and Mitch McConnell should be held accountable! If I can see it all, with no briefings from the FBI/CIA, then surely those guys have simply sold out. I have a friend (one of the other iKnow writers) who believes that the Russians have information on members of congress as well: that not only Mr. Trump has been compromised. Otherwise, the behavior has made no sense from any of them. And like a magician doing the trick in one hand while showing you the hand s/he wants you to see; in the meantime Trump’s administration has been “successful” in undoing/doing a lot a damage while the ‘race-card’ if you will, has been what we’ve all been looking at (this is entirely a different article).

So we now must forget all the hypocrisy (like the noise about Barack Obama in a Tan Suit and the world’s longest most expensive campaign on character assassination). And for all those constitution thumpers, I will now say what all my friends know to be one of my favorite things to say: YOU CAN’T HAVE IT BOTH WAYS. And, finally for now, my other favorite thing to say is: NO TWO THINGS ARE MUTUALLY EXCLUSIVE. And to all those flag wavers and supposed Military-USA red blooded folks; you now must put your country ahead of your racist views. Yes, it’s that simple. As Roy Tarver said to Roy Jones, Jr., “What’s going to be your excuse this time?” I know not everyone will get that.

When I wrote the article referenced in the first paragraph here, many of my associates told me that it was too far above what most could digest at the time. Apparently it was ahead of the game and what people could consider. So instead of writing a whole new article, I’ll simply repost it in a sort of ‘I told you so’ positioning (along with the image used at that time as well). I could literally write for days on this as it is so frustrating. And the toughest part, for a REAL Republican, is to continue holding onto the merits and meaning of the GOP as this guy has compromised congress along with himself because they care more about their positions than what’s good for the country. It’s so frustrating. But we cannot just sit by and watch Vladimir Putin take over the world like Dr. Evil in Austin Powers. Like Tupac said, “The shit is real y’all.” 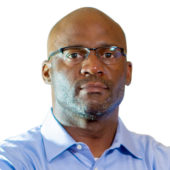 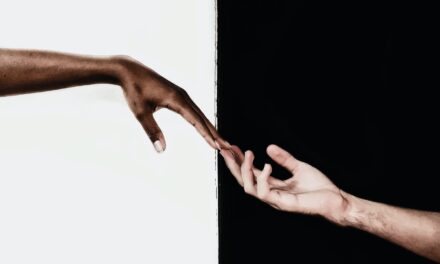